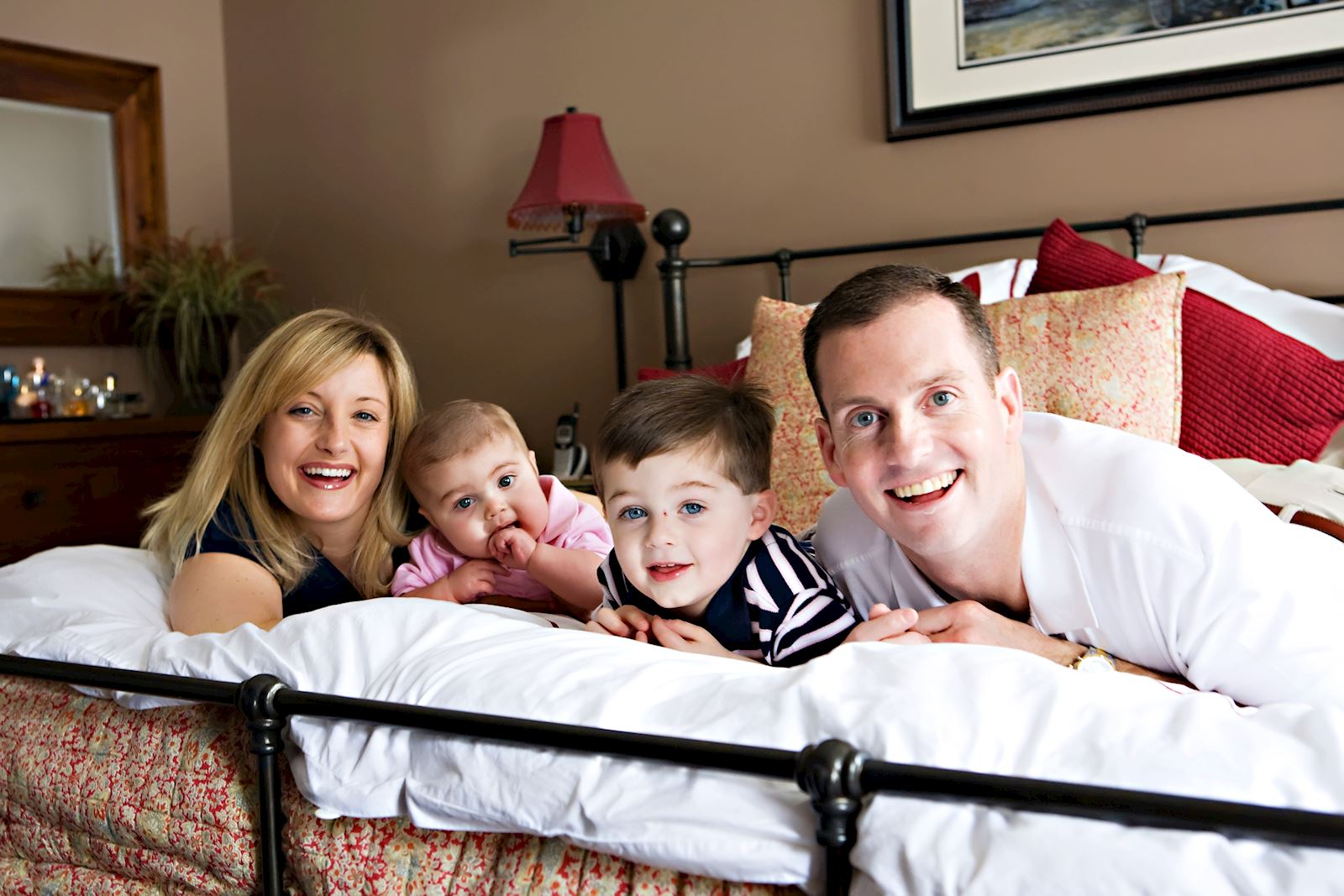 For Kristin and Justin Akin, being a volunteer Be The Match® courier lets them not only act as a bridge between patient and donor, but also allows them to honor the memory of their two sons, Matthew and Andrew.

In September 2007, three-month-old Andrew was diagnosed with Hemophagocytic Lymphohistiocytosis (HLH) and needed a marrow transplant. Kristin and Justin had their oldest son, Matthew, tested to see if he would be a suitable match, but he was not.The Akin’s turned to Be The Match to find an unrelated donor. Unfortunately, there was not a suitable adult match for Andrew on the Be The Match Registry®, but there was a cord blood match.

Sadly, two months after his transplant, Andrew relapsed. His doctors once again searched the registry. Kristin and Justin were elated that this time there was an adult match. Andrew had his second transplant, just before his first birthday.

“I vividly remember being in the hospital and the coordinator walked into our room, letting us know that the blood stem cells had safely landed,” said Justin.

Shortly after the transplant, doctors informed the family that once again, it was not successful.

Kristin and Justin had their older son, Matthew, further tested, fearing he may have held the mutation as well.

The results were unimaginable.

Matthew, while healthy, also carried the HLH mutation and would eventually get the disease. Kristin and Justin found themselves in an unthinkable situation. Andrew was preparing for his third transplant and Matthew for his first.

Filled with grief, Kristin and Justin channeled their energy into helping others. They became volunteer couriers so they can help other families.

“Every time I go on a trip, it conjures up a lot of emotion,” Kristin said. “People ask me, ‘Why do you want to do this?’ I tell them Be The Match gave us hope. I am eternally grateful to Be The Match for trying to save my children’s lives.”

Looking to get involved? Find a volunteer event near you.